Likely nobody in Europe and 1650 knew the word Kundalini, but caduceus (a symbol of peacemaking Herolds and diplomats) is a good idea, especially since 1648 peace had returned for many persons (Westfälischer Friede).

This topic has been discussed elsewhere - I will see if I can find a reference - someone has noted that the oft-reproduced images of the supposed chakras to be found in Gichtel's work Theosophia practica could easily have been based on the descriptions and illustrations found in the works of Athanasius Kircher, China Illustrata, if I recall correctly.

[This is dealt with in passing in Soma: The Divine Hallucinogen by David Spess.]
A-M
A-M

#102 by A-M
I have finished my blog on Temperance and like to share it with you:
https://www.anne-marie.eu/en/tarot-14-temperance/
It includes my theory on the words SOL FAMA on the Tarot de Marseille Jacques Viévielle card:

Quote
The enigmatic Latin text SOL FAMA is also a reference to the divine. Sol means sun and Fama means fame. The words are written in mirror image. I think this is a clue that we need to turn around not only the words, but also the flow of liquid to understand its meaning: the kundalini energy flows from bottom to top!

Jacques Vieville.JPEG
(384.45 KiB) Not downloaded yet

#103 by Huck
Alciato in 1540 wrote a short poem, which included a list a Tarot trumps. It was in Latin.
Parerga iuris: libri VII. posteriores, Andrea Alciati 1544
https://books.google.com.au/books?id=QG ... navlinks_s
(as far I got it, the text was already in the version of 1543, but was missing in earlier versions)

The word Fama (Fame) was in this text used for the title of Tarot card 14, which in the Milanese order is Temperance. 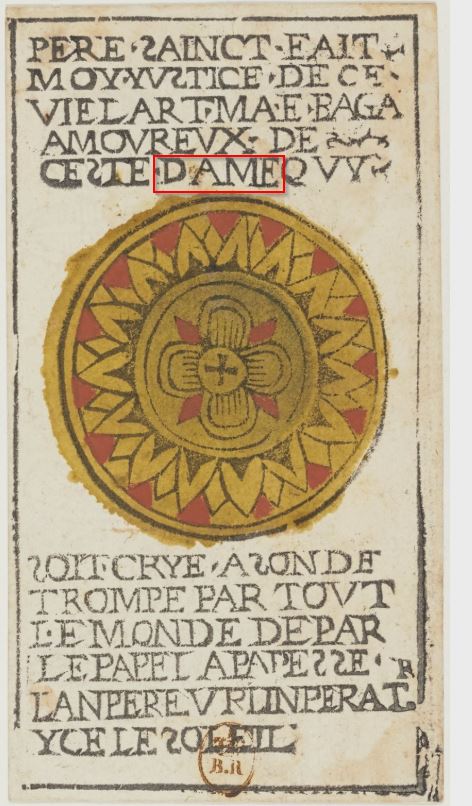 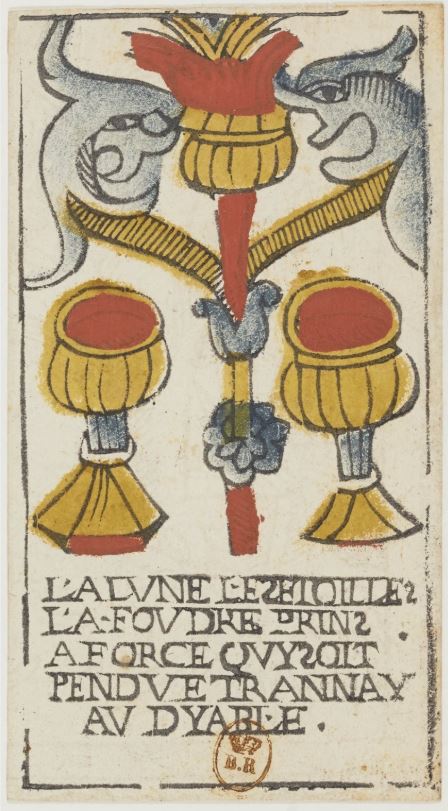 The short (rather chaotic) text on the both cards gives names of the used trumps. Kaplan assumed, that the word "Dame" probably would belong to the Temperance card with the Sol Fama inscription.
Huck
http://trionfi.com

Users browsing this forum: No registered users and 5 guests