An Italian edition of 1558, which doesn't include the Tarot passage 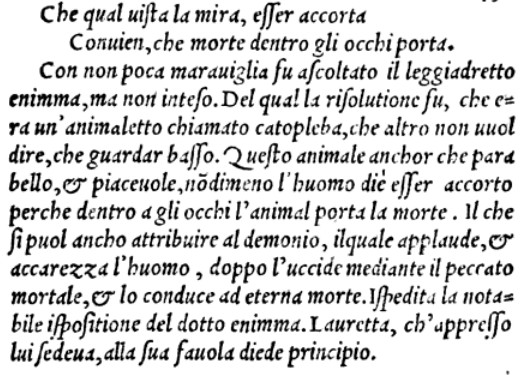 and here a French edition guided by P. Jannet, 1857, which includes the Tarot passage: 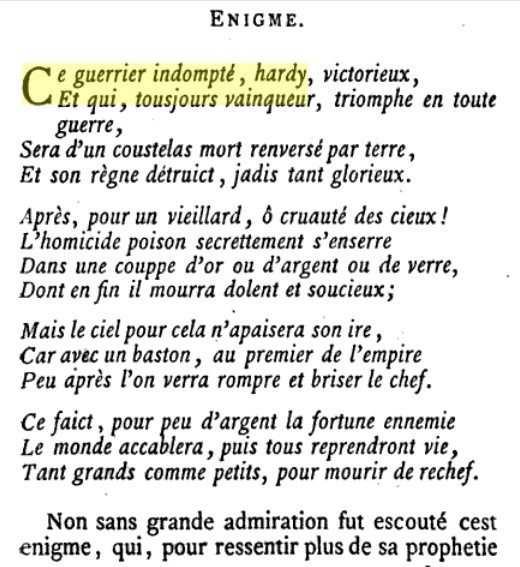 The Italian versions in itself have a development and are not all identical. The book became very successful and reached more than 50 editions in a few decades.

The aim is to identify the moment, when the French translations was changed and included the Tarot passage.

A first French translation by Jean Louveau in 1560 regards only the first book (which include 5 nights and 25 stories). The translation uses 8-10 line poems, where the Italian version constantly uses 8 line poems. So NOT all stories have this sonnet in the French version.

... and for the second also the name Guillaume Rouillé is noted. 3 next editions follow in the year 1572, two of them relate to Jean Louveau and Guillaume Rouillé, but the 3rd - which seems to be the first translation of the 2nd part of the Straparola work - is now from Jean Louveau and Pierre de LARIVEY, Champenois, who seems to be the real translator of the second part.

The author of the late French edition 1857 in the introduction to part 1 only knows about an edition of 1573, which includes both parts. She speaks of freedoms in the translation of Larivey.

From all this it seems, that in no case the Tarot passage appeared before 1572. It's a question, if it already had been in the first editions, or had been compiled later.

In the biography of Larivey we meet a "journey to Poland" (wiki: 1572, so just the year in discussion) with some contradictions. I attempt for the moment to clear up the contradictions.

http://olivier.thill.perso.neuf.fr/bio/henri_pol.htm
... this seems a reliable source

According this there were three journeys to Poland, two of them 1472 and one of these continuing till 1473 and a 3rd, at which the later Henry III participate (and at this journey Louis Gonzaga - who earlier showed LIKELY greater interest in Tarocchi (Tarot de Paris) - participated). From the data given in the foreign research (link) it's clear, that the journey back from Polonia went through Italy and that Vinna, Venice, Padova, Ferrara and Mantova were crossed, so Lodovico Gonzaga was "at home" and Henry III got Italian impressions (after a cold winter in Polonia a summer in Northern Italy should be quite a difference) and this (beside some other factors) prepared Henry IIIs friendship to Italian customs later as king.
Now it's a problem, at which of the journeys Larivey participated.
Huck
http://trionfi.com